The Hot Standby Router Prtocol (HSRP) is a networking protocol that supports the non-disruptive failover of Internet Protocol (IP) traffic in special circumstances. HSRP also allows network hosts to look like they are using a single router and keep connected if the first hop router being used fails to respond. The protocol guards against the failure of the first hop router in a network infrastructure when the router’s IP address cannot be found dynamically. The HSRP normally joins several routers together to create a single virtual server that client machines and networks use. The protocol helps to ensure that only one of the virtual server’s routers is working at any given time.
How does the Hot Standby Router Protocol Work?

The router that forwards packets for the virtual router is referred to as the active router. There is also a designated standby router in the scheme in the event that the primary router fails. The protocol makes router assignments based on the IP address assignments for each device, and it runs on top of the UDP network protocol using port number 1985. The routers in the system use their true IP addresses in the protocol via the virtual router’s IP address so that they can be distinguished from each other. HSRP also allows interface tracking to be configured on the network. This prioritizes select events or machines on the network in order to prioritize network resources for the most important transactions on the network. The priority scheduling of resources is primarily done in a work or research setting. 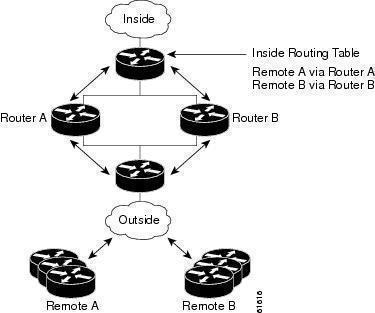 This post is related to the issue what we faced today when we replaced the SSL certificates in our setup.
When I launched the web-client and access the update manager tab,  I get the message  "interface com.vmware.vim.binding.integrity.VcIntegrity is not visible from class loader"

An Overview of Hyper-V Live Migration


Before a running virtual machine can be migrated from one host to another there are some mandatory requirements that must first be met:
Hyper-V 2008 R2 must be deployed on both hosts. The first version of Hyper-V does not support live migration.
Source and destination Hyper-V hosts must be configured as a Failover cluster with shared storage enabled.
Source and destination systems must be using shared storage (i.e. via SAN or iSCSI configurations)
Source and destination systems must be running processors from the same manufacturer. It is not, for example, possible to migrate a virtual machine from an Intel based host to one containing an AMD CPU.
The virtual machine on which the migration is to be performed must be configured as Highly Available and to use Cluster Shared Volumes.
The virtual machine's Automatic Start Action setting must be set to do Nothing.
All Hyper-V hosts in the Failover cluster must be configured to boo…
Read more