An MPLS (Multi-Protocol Label Switching) network is one in which many devices are connected to each other through a master system that receives data from each individual device and relays it to any other device within the network. MPLS networks differ from traditional networks because they connect a large number of devices across long distances by tunneling through the Internet. 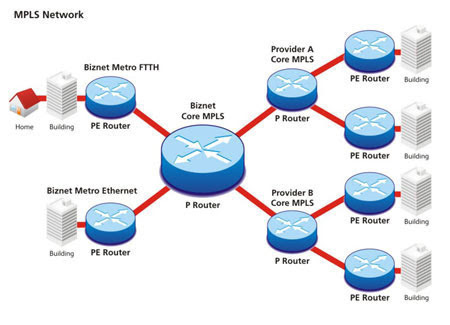 MPLS networks have several advantages that other data transport solutions do not. They connect all devices within the network to each other without using cables, access points, or other tethering equipment. MPLS networks are publicly available to anyone who has access to the Internet, but security protocols allow the network to handle all data packets privately and deny access to all other users. MPLS networks provide the accessibility of point-to-point connections to all devices within the network without requiring the user to setup each connection manually.

Steps to configure the vCenter Server to generate SNMP traps: A.In the Home page of vSphere Client B.Select vCenter Server Settings  C.Select SNMP configuration D.Enable one of the SNMP receivers E. Provide the details for :  Receiver URL : Provide the host name of the Management Server (target SNMP server / monitoring tool) which will be connected to the VMware vCenter Server. (VMware vCenter Server sends the SNMP traps to this Management Server) Configure port 162 as the SNMP port. Community String: Provide community string (default string is "public")  SNMP versions v1/v2/v3 are supported That is all that is needed for the configuration.  Now you need to configure alarm for generating SNMP traps in the vCenter server. When ever there is a change in the environment ( host state change, VM state change ,etc) the trigger will be generated and send an alert to the monitoring server.  Configure the Alarms After you have setup the external SNMP server, v
Read more

VMware introduced a new API service in vSphere 6.5 version which is known as vSphere Automation API. This service allows us to introduce several new SDKs for JAVA, Perl, Ruby, REST etc.   Today we will see how to setup the basic wizard to start using the API service in day to day life. For more information about what was introduced with the vSphere Automation APIs visit Here Documentation : The documentation for this SDK version is pretty straight forward. We can browse to each level of API and see the sections of what the operations it performs. We can get the URL, JSON , XML representation for each and every operations in the document. SDK Documentation   SDK tool kit: You can download the SDK kit from VMware { code } Tools required: We will use Postman today so that we will be able to start working with the API quickly and build your knowledge of how it works before using API in your own application. Postman is a great application to design, bu
Read more