When was the Routing Information Protocol Invented?

Hedrick of Rutgers University invented the Routing Information Protocol in the summer of 1988. Since then it has become the most common routing protocol on LANs and WANs and continues to be used today. Hedrick’s work was based on the Unix computer program “routed,” which was distributed with the 4.3 version of the BSD branch of the OS. At that time, the “routed” protocol was the de-facto standard for research laboratories to communicate via network gateways. The RIP protocols use the Bellman-Ford algorithm for distance vector computation and other work completed as early as 1969 on the ARPANET. The PUP protocol preceded Hedrick’s work and later became the RIP. 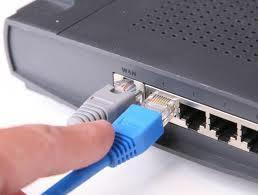 How does the Routing Information Protocol Work?

RIP relies on a routing database that stores information on the fastest routes that exist between destinations on the network. This lets each router tell others the fastest route(s) and uses an update algorithm that revises route updates for each router based on the latest information from neighboring routers. Each database stores the IP address, gateway, distance, route change flag, and timers for each destination within a given routers purview.
What is the Routing Information Algorithm?

The RIP algorithm requires each router to transmit an update message on regular intervals that describes its routing database’s contents to all of the routers it communicates with. Sometimes routers have to send this message as often as twice a minute in order to keep the networks’ routers updated with the most up-to-date information on the computers and routers that are currently on the network. Once a router discovers that a neighboring one has a shorter or faster path to a given destination, it revises its local database to include this faster path. This new path is then sent to the neighboring routers through the protocol’s update process until the entire network is updated. The RIP protocol uses the UDP data transmission packet to improve efficiency since it can rely on sending future updates on regular intervals.

Steps to configure the vCenter Server to generate SNMP traps: A.In the Home page of vSphere Client B.Select vCenter Server Settings  C.Select SNMP configuration D.Enable one of the SNMP receivers E. Provide the details for :  Receiver URL : Provide the host name of the Management Server (target SNMP server / monitoring tool) which will be connected to the VMware vCenter Server. (VMware vCenter Server sends the SNMP traps to this Management Server) Configure port 162 as the SNMP port. Community String: Provide community string (default string is "public")  SNMP versions v1/v2/v3 are supported That is all that is needed for the configuration.  Now you need to configure alarm for generating SNMP traps in the vCenter server. When ever there is a change in the environment ( host state change, VM state change ,etc) the trigger will be generated and send an alert to the monitoring server.  Configure the Alarms After you have setup the external SNMP server, v
Read more

In our previous posts , we saw the option to deploy the VCH using CLI utility, vSphere client etc. In this post, we see an option to automate the VCH deployment using vRealize Automation ( vRA) Background:  The current automated world requires the seamless and fastest deployment of its infrastructure. VMware vSphere Integrated Containers gives developers an essential tool for streamlining the process of building and running containerized applications in production.  The deployment of VCH is done through various methods as we see in our previous posts. But in this post, we are going to see how to automate the VCH deployment and the first VCH in few mouse clicks. By using the service catalog in vRealize Automation to provision Virtual Container Hosts on-demand as a ticketless offer, you can make your developers self-sufficient. The vRealize Automation 7.4 and later versions support provisioning and management of Virtual Container Hosts(VCH) for running vSphere Integrated Containe
Read more